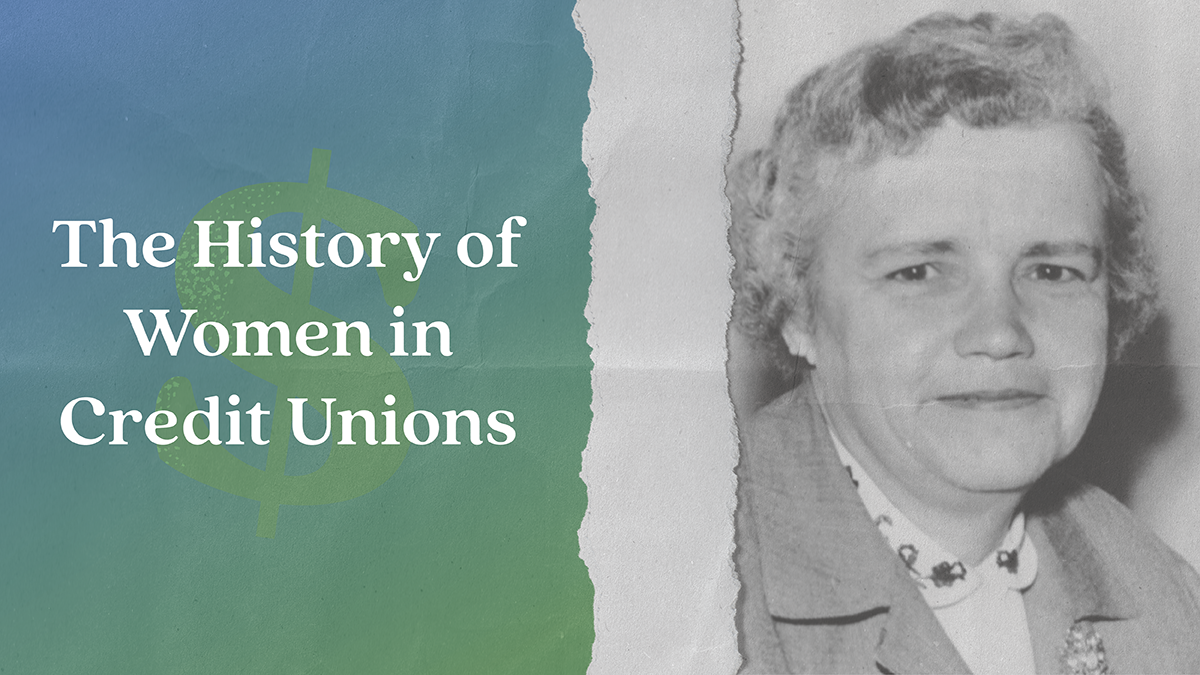 In celebration of Women’s History Month, we want to bring to light one of the women behind the credit union movement. Louise McCarren Herring played a huge role in founding credit unions and organizations that supported credit unions. Early pioneers of the movement included people of all backgrounds and ages, and Herring was one of the youngest to get involved.

Louise McCarren Herring, now referred to as the “Mother of Credit Unions,” was just 23 years old when she started her activist work for the not-for-profit cooperative movement. Seeing how debt affected people’s lives, she worked tirelessly to set up several credit unions in her native state of Ohio for her employer, a grocery store chain. Herring co-founded the Ohio Credit Union League (now Ohio State Credit Union System) and served as the first paid Executive Secretary. She was also one of the original co-signers of the 1934 constitution that created the Credit Union National Association (CUNA). In total, Herring helped start over 500 credit unions. Her work paved the way for the cooperative movement to flourish.

In 1983, she was inducted into the National Cooperative Business Association’s Cooperative Hall of Fame. CUNA annually awards the Louise Herring Award for Philosophy in Action, to recognize credit unions that “demonstrate the exceptional effort to integrate credit union philosophy” (not for profit but for service), into the daily operations of their credit unions and recognize their commitment to superior service to their member/owners. The Ohio Credit Union System tri-annually awards the Louise McCarren Herring Lifetime Achievement Award to those individuals who have demonstrated a lifetime dedication to the advancement of the credit union movement in Ohio.

Two other women who were involved in the cooperative movement from the beginning include Dora Maxwell and Angela Melville. Maxwell was a leader in the New York credit union movement. Along with Louise McCarren Herring, she was also a delegate at the Estes Park conference which established the Credit Union National Association. She is the namesake of the Dora Maxwell Social Responsibility Award of CUNA, an award that recognizes credit unions for social responsibility projects within their communities.

Angela Melville was a field representative for the National Credit Union Extension Bureau (CUNEB), organizing credit unions primarily in the South (Kentucky and Tennessee); particularly among women’s groups, the poor, miners, postal workers, and railroad workers. She helped organize several leagues and chapters. Her service with the credit union movement was short-lived; nevertheless, she achieved much for CUNEB, including writing the first guide to credit union practice, Some Hints as to Usual Credit Union Practice, which ran through many editions and was the only publicity item for the movement for years.

There are many more women involved in the credit union movement throughout the US and Canada that allowed credit unions to grow and thrive. Thanks to them, we are here today!