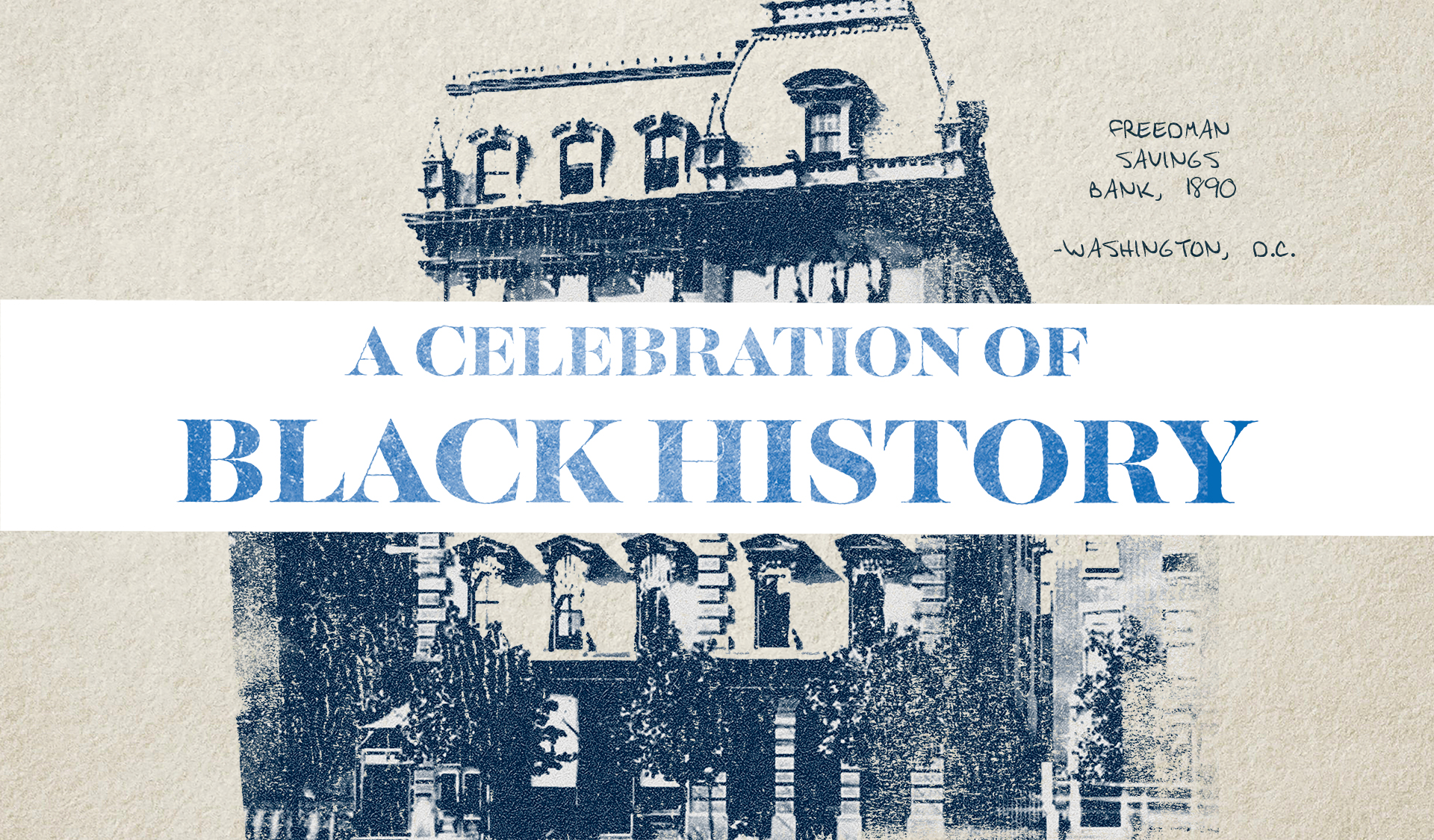 February 5, 2021A Celebration of Black History

In celebration of Black History Month, PEFCU would like to explore the rich history of the Black community’s relationship to banking and the cooperative spirit that many credit union members share.

Before modern credit unions began, community-oriented institutions were set up to serve freedmen in the North. Like credit unions, they were co-owned by all their members, provided the community with affordable alternatives for financial services, and fostered self-sufficiency.

By the late 18th century, northern Black populations had established mutual aid societies and cooperatives, creating networks that helped advance the community by supplying clothes, healthcare, burial plots, and loans for buying land. The first Black mutual aid society on record, the African Union Society (AUS), was formed in Rhode Island in 1780. The AUS was so successful during its time that in 1809, a counterpart was created by women called the African Female Benevolent Society, which supplied clothing and educated disadvantaged children.

The Freedman’s Saving and Trust Company (Freedman’s Savings Bank) was founded in 1865 to encourage saving in the newly emancipated Americans. The bank accepted deposits, which were invested in stocks, bonds, Treasury notes, and securities. The bank grew rapidly. Within a decade of its founding, an estimated 70,000 people had opened and closed accounts with the bank, with deposits totaling more than $57 million.

Despite initial progress, the Freedman’s Bank was closed in 1874, leaving many of its depositors to find alternatives for financial services.

During the latter half of the 19th century through the first decades of the 20th century, many Black-owned cooperatives were formed to provide grocery stores, gas stations, insurance, housing, and even financial institutions to the Black community. According to W.E.B Dubois, there were 154 African American co-ops in operation throughout the U.S. by 1907. The cooperative spirit was so prevalent in the first half of the 20th century that many historically Black colleges had begun teaching cooperative economic theory as part of their curriculum.

The eras of the Credit Union Movement and the Civil Rights Movement not only coincided, but they worked well together. Low-income and underserved communities sought economic equality, often found in credit unions. In 1929, when Franklin D. Roosevelt addressed a group of credit union leaders in Georgia, he lauded credit unions for making loans available to low to middle-income members and encouraged them to be inclusive.

Today, there are 41 Black-owned financial institutions in the U.S., 21 of which are not-for-profit credit unions. According to the National Credit Union Administration (NCUA), there are 509 Minority Depository Institutions (MDI) credit unions, where at least 51% of the voting stock or the majority of the board are from minority communities. Their combined assets total more than $43 billion.

Black Americans have historically embraced the values of cooperatives, credit unions, and mutual aid societies. These movements transcended banking to become catalysts for empowerment, wealth-building, and philanthropy. As we celebrate Black History Month, we can remember that credit unions’ mission of serving the underserved can help further the struggle for economic justice and equality. Credit unions can inspire their members to do more than just bank with them, but to also help them change the communities they are a part of.